Salt exploitation in Franche-Comté and at Salins-les-Bains is very old, going back more than 7000 years. The first indication of salt production in the area surrounding Salins-les-Bains points to 4300 B.C. Production was then interrupted during the Roman period due to importations from the Mediterranean. With the departure of the Romans in the 4th century of our era local salt exploitation resumed. The existence of the saltworks in the 8th century is recorded in the annals of the Abbey of Flavigny.

The medieval period: the three saltworks 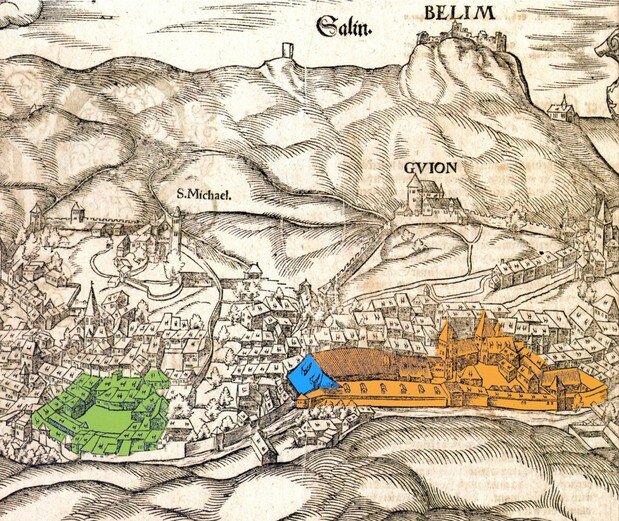 As of the 9th century, historical documents become more numerous and confirm the existence of three different saltworks in Salins-les-Bains.  At the time the town was divided into two municipalities.

The « Grande Saline » (also known as the « Grande Saunerie ») remains to this day and is now a museum. Situated in the “Upper Town”, it was the largest of the three saltworks. It had two brine wells, the well of “Amont” and the well of “Gré” that were connected via an underground gallery 165 metres long and containing a flowing stream.

The « Petite Saline » (the small saltworks) was to be found in the Lower Town at the current site of the thermal baths.  It drew its brine from the well of “Muire”, another name by which the site is known.

The smallest of the three saltworks is known as the « Chauderette de Rosières ». It was located at the northern extremity of the Grande Saline, towards the Flore Tower, near the present-day town hall. Contrary to the other two saltworks, it had no salt spring of its own, but brine was piped in once a week from Amont and the Grande Saline.